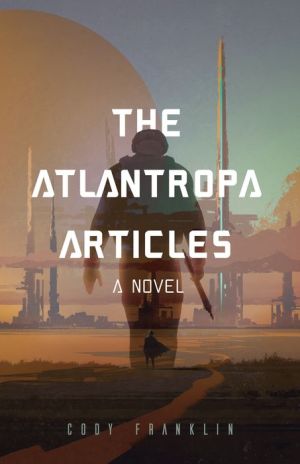 The Atlantropa Articles: A Novel by Cody Franklin #1 Amazon Best Seller! ─ Dystopian Alternate History: An ambitious feat of engineering and a continent in crisis For fans of Philip K. Dick’s The Man in the High Castle and Stephen King’s 11/22/63, comes an epic saga by YouTuber Cody Franklin (Alternate History Hub), with contributions from YouTuber Joseph Pisenti (Real Life Lore). In an alternate timeline, World War II never takes place. Instead, a plan is put into effect by Hitler and the Nazi party to drain the Mediterranean Sea. They promise fertile land, millions of jobs and endless energy. New land to be settled. Living space for a crowded continent. All of Europe came together and signed a treaty to realize this new world, it was called ‘The Atlantropa Articles’ Nazism Survives in A New Europe: by promising to bring endless energy through hydro-electricity and employing millions to build the dams, fascism only cements itself as a mainstream ideology. Hitler is seen as a modern Napoleon, one of the greats for his time. Nazism never disappears. The Reich Remains Eternal: Two millennia later, the Reich run the world. Aryans have become a race of their own, out numbering their neighbors and ruling with a messianic passion towards Hitler. Europe has been united under the banner of the swastika. The Sea Is Gone, the Promise Failed: But the plan of a fertile lush land was never realized. The project took decades longer than anticipated. By the time it is completed, what they find is a salty barren world. Now the Mediterranean Sea is a desert basin known only as the Kiln. Southern Europe has been abandoned. This is where Ansel’s story begins. A story of discovery, lies and false prophets. The Atlantropa Articles is an astounding science fiction, alternate history tale that will thrill and transport readers with its detailed world and startling intimacy.